← more from
You've Changed Records
Get fresh music recommendations delivered to your inbox every Friday.
We've updated our Terms of Use. You can review the changes here.

Fiver with the Atlantic School Of Spontaneous Composition 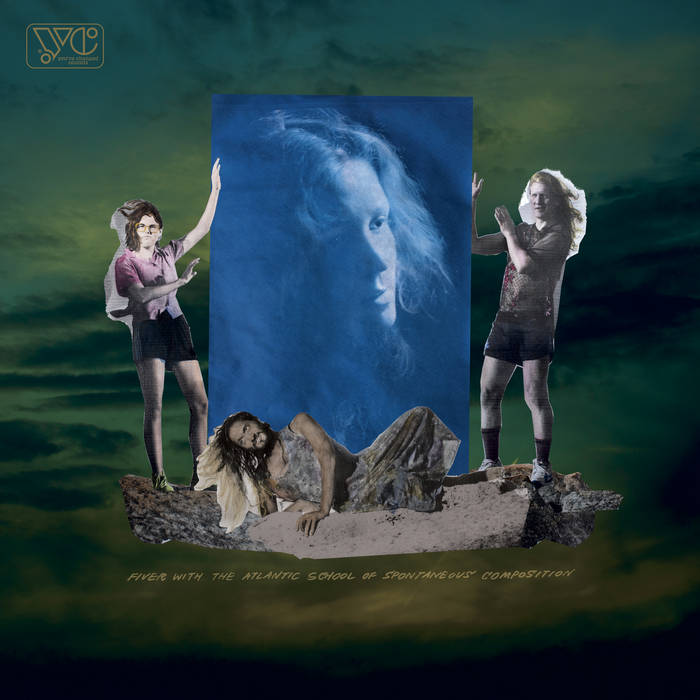 Shaun Rutherford Love all the incongruous piano throughout. Favorite track: Death Is Only A Dream.

schizosemia The combined forces of Fiver and the Atlantic School of Spontaneous Composition are an unlikely pairing to revitalize country music, but they do so with vigor, originality, and an urgency only suitable to the revitalization of an entire genre.

Simone Schmidt is a versatile and thorough craftsman — a distinct vocalist, guitarist, and wordsmith; a rigorous researcher, producer, and designer; a friend to many and enemy to some. Over the past 13 years and 7 full length records, Schmidt has largely rejected the logic of the music industry, employing many aliases in the course of creating a robust discography that engages various strains of North American folk and Country music, from Old Time to Psychedelic Country[1]. In a totally unpredictable follow up to the historical fiction of Fiver’s Audible Songs From Rockwood (2017), Fiver with The Atlantic School of Spontaneous Composition wrangles the impulses of a new generation of improvisational musicians toward an unexpected reimagining of Country music and its possibilities.

Throughout 2017-2018, Toronto-based Simone Schmidt (Fiver) traveled east to a small white house in Scotch Village in unceded Mi’kma’ki, to arrange the music with Bianca Palmer (drums, percussion), Nick Dourado (lap steel, piano, vibes, sax), and Jeremy Costello (synths, bass, voice). Known for their work with Beverly Glenn Copeland, the unit was dubbed the Atlantic School of Spontaneous Composition for their improvisational tendencies and geographic location. Indebted to Dourado and Palmer’s teacher, drummer Jerry Granelli (Vince Guaraldi trio) and the improvised music community of the Creative Music Workshop, theirs is a practice based in deep listening and presence in the moment.  What better players to realize a set of songs concerned with the aggregate experiences that compose the now, the cycles of life and death, labour and political thought borne by the present condition?

Throughout the 8 song album, Schmidt’s characters describe a world on the brink. They sing it into being through Country’s forms and tropes —  some rendered intact, some tangential, and some pushed off the road to new historical ends.  The album’s first single, “Leaning Hard (On My Peripheral Vision)”, provides the clearest musical touchstone to the tradition, as Schmidt and Costello croon over a walking bass, acoustic guitar, lap steel and creative brushwork. Confronted with the forked tongue of a dynastic power, Schmidt calls for revised strategies of solidarity to confront dishonesty: “The high road once proposed leads only to a negative peace,” references MLK’s Letter from a Birmingham Jail, in which he admonishes the white moderate “who prefers a negative peace which is the absence of tension to a positive peace which is the presence of justice.” As with most of Schmidt’s writing, from here the song can be read multiple ways, and it should be. “Sick Gladiola” is a wise take on the classic “country-boy-moves-to-the-city-to-make-it-big” song in the footsteps of Waylon, Sparks, Hall (you name ‘em, they’ve done it).  Rather than lamenting the loss of innocence, the singer bemoans the parallel desecrations of the human spirit, creative vocation, and the land, as a result of this patterned uprooting. Here Schmidt nods to 80’s Country production, with phaser, piano, synth, sax, all stacked in considered passages.

But the throughlines to Country are not always so central to the sound — Dourado’s chops, Palmer’s voicing, and Costello’s dexterity ensure that the arrangements owe as much to Duke as they do to Deford. Album opener “Yeah But Uhh Hey” employs Roger Miller style nonsense lyrics toward a gig worker’s work song: “That’s one carrion cold only doing what it’s told cuz it’s for money… Yeah-but-uhh.. hey, we’ll find a way to make it right.”  Is the chorus a question or an affirmation?  The double meaning drives home the precariousness of conviction.  “Death Is Only A Dream'' responds to a Ralph Stanley’s gospel song of the same name, upending his Christian comfort in heaven with the mournful assertion that, in retrospect, paradise is a moment alive together on earth. This may not be country music at all, but as the dirge builds from mournful minimalism to outright celebration, Dourado’s piano voices the melody of traditional folk song John Henry, a reference to loss, labour and reformation.

Schmidt’s voice is versatile, capable, and always its own. “Jr. Wreck” investigates what new modes of honesty are available through rejection. At once devastating and funny, the Atlantic School’s impeccable timing provides Schmidt’s ancient sadness the space to sing the word “piss” with subdued sophistication. “Paid In Pride” describes a trophy wife’s labour, as Palmer holds a steady four-count on the bass drum and an almost disco groove on the hi-hats. It builds into banger territory — cavernous and paranoid, overwhelming, almost violent — dissolving into the elegant acoustic sounds of its origin. Album closer “For Your Sake” is an achingly beautiful folk song sung over Schmidt’s piedmont picked guitar which arrives out of the wash of Costello’s new age synths and wordless vocal, like the very union described in the lyric: “Come to me in times of trouble / I would be there for your sake / for your sake in mine is doubled / yours and mine in tandem quake.”

From beginning to end, Fiver and the Atlantic School of Spontaneous Composition remain open and adaptable to sound and natural gestures. The playfulness and virtuosity of their live performance can be heard through the album’s arc, as the songs transition from one to the next or fall apart, sometimes in a racket, more often in a total jam. The result is an album that doesn’t baffle the listener with sonic illusions, sly production, or gimmicks. Rather, it graciously invites us into the wonder of a gathering of people who are getting serious and having fun, who know how to listen to each other, listen together, and tap into the  beauty emerging from shared space.

All lyrics by Simone Schmidt

Name's Simone. Most of my music is released through labels. They all have bandcamp sites and you can get to them via
www.fiverfiverfiver.com

Bandcamp Daily  your guide to the world of Bandcamp

The Hammer and The Relentless from the Boston band Malleus stop by for a chat.